Unique Roofs of the World

You are here:
Uncategorized 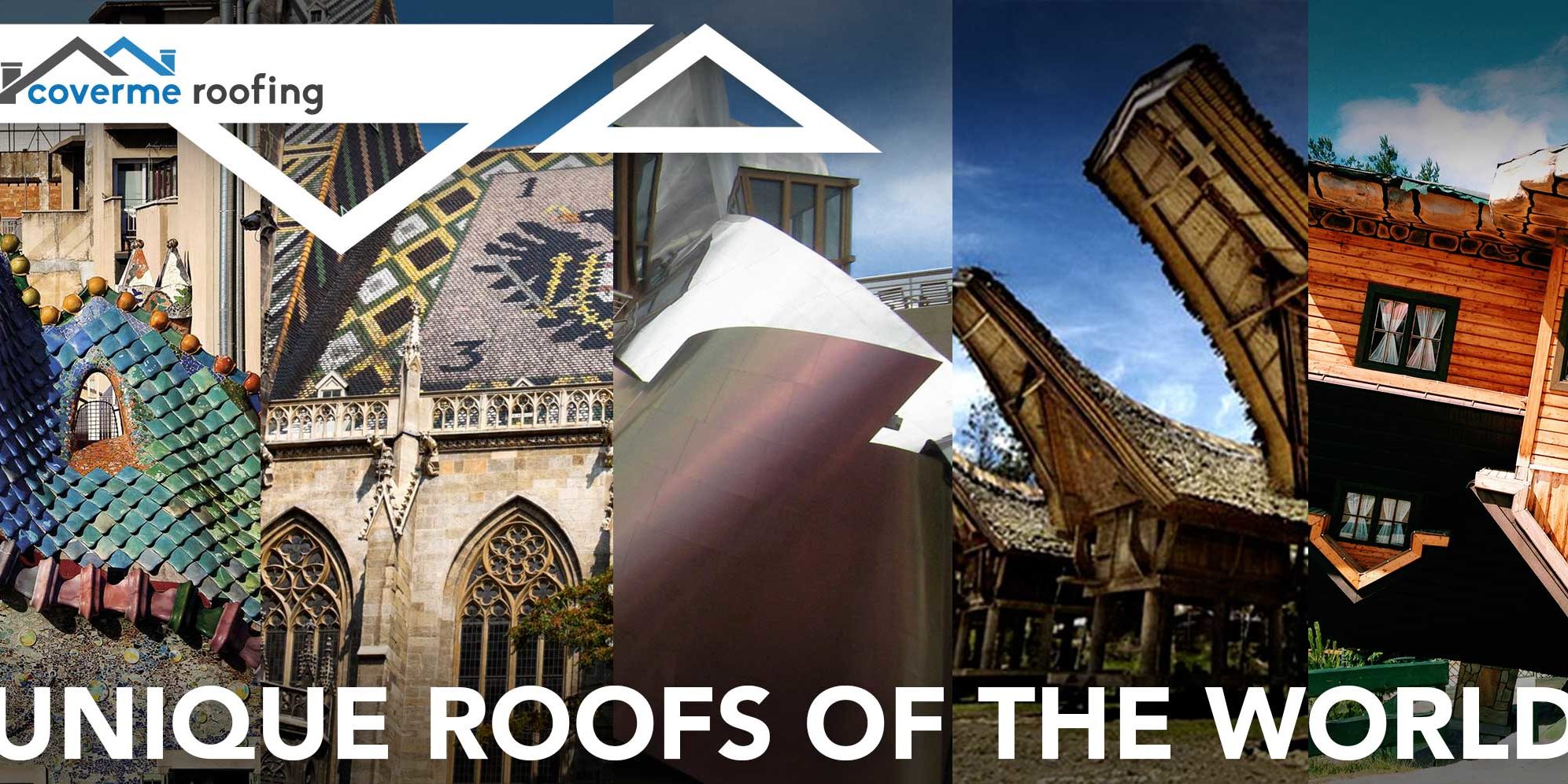 There’s just something about uniquely shaped and textured roofs that catch the eye. With their geometric shapes, asymmetrical curves and uncommon materials, these roofs aren’t really meant as inspiration for your next roofing project — but their creativity and ingenuity stirs emotions and lets us know that with the right knowledge, anything is possible! From mosaic roofs to structures that defy convention, these unique roofs are some of our favourites! Upside Down House by Daniel Czapiewski —  Architects generally create structures that are visually appealing, while staying within the guidelines set out by their clients… and then there are architects who create to express themselves and their feelings about our world. Daniel Czapiewski is definitely one of the latter. Czapiewski, a Polish businessman, created the concept of the Upside Down House and built it from the ground up (or vice versa in this case) in 114-days. Meant to be a reflection on our modern “upside down” world, the house evokes a strange vibe — entry is through a roof window, and visitors walk around on the ceilings. Decorated in the Socialist style of the 70’s, guests “enjoy” propaganda advertisements from the same time period, cranked out from an era consistent t.v. Tongkonan — Featuring a stunningly unique boat-shaped and oversized saddleback roof, Tongkonan houses are the traditional ancestral homes of the Torajan people from Sulawesi, Indonesia. Constructed from bamboo and other natural materials, they’re used for all family purposes, and are built by the entire clan. Originally in Toraja society only nobles had the right to build these structures, while commoners were made to live in smaller, less fantastical homes, called banua.

Casa Batlló (House of Bones) by Antonio Gaudi — Renown for his unique and highly individualistic designs, Antonio Gaudi is part of Barcelona. With his grasp of Gothic architecture and a true passion for nature’s angles and curves, Gaudi’s creativity was initially mocked by his peers. My how time changes things! Now revered as one of the greatest architects of all time, Casa Batlló is just one of Gaudi’s amazing structures. The building’s arched roof profile gives the impression of the spine of a dragon — with ceramic tiles for scales, and a small triangular window which simulates the eye. The tiles were given a metallic sheen to simulate the varying scales of the monster, with the colour grading from green on the right side, where the head begins, to deep blue and violet in the centre, to red and pink on the left side of the building. St. Stephen’s Cathedral — The crowning glory (literally) of St. Stephen’s Cathedral in Vienna is its ornately patterned, richly coloured roof which is 364 feet long and is covered by over 230,000 glazed tiles. Reminiscent of an artistic snake skin, the South side of the building’s tiles form a mosaic of the double headed eagle that is symbolic of the empire ruled from Vienna by the Habsburg dynasty. The North side mosaic depicts the coat of arms of the city of Vienna and of the Republic of Austria. This roof is so steep that cleaning is virtually unnecessary — rain tends to do the trick and snow seldom sticks.

Hotel Marqués de Riscal by Frank Gehry — This gorgeous structure is a reflection of winery regions in Spain, with its ribbon-like roof. Located in Alava, Spain (the “City of Wine”), the Hotel was commissioned by renowned architect (and Canadian!), Frank Gehry — whose works are considered to be some of the most important pieces of contemporary architecture in the world. The Hotel Marqués de Riscal, also known as the Marqués de Riscal Vineyard Hotel, is a luxurious hotel designed using the same techniques as Gehry’s famous Guggenheim Museum Bilbao.

Know of any other unique rooftops from around the globe? Share them with us in the comments section!